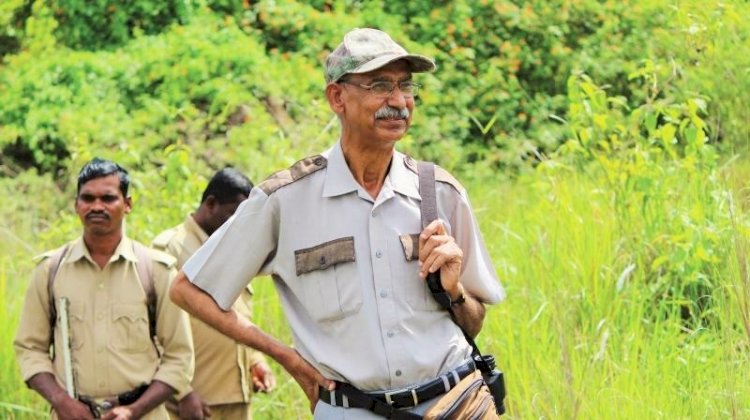 Rajiv Gandhi National Park situated in Karnataka is a hub for numerous criminal activities such as timber smuggling, marijuana plantation, poaching, cattle grazing, setting up of unauthorized breweries at the sanctuary. However, the area was set up for protecting wildlife but it never achieved its purpose.

Sad but true the place is not at all safe for someone to work for the sanctuary.

A time came when the condition of the sanctuary was pathetic when KM Chinnappa joined as a forest officer in the year 1963. At that time, these criminal activities were at a peak and nothing effective was done to change the situation.

However, when Chinnappa took over the charge of forest officer he pledged to bring change. This is not that easy as it sounds. Initially, his aim was to stop these worse practices and run the sanctuary as it is supposed to be. However, it was a difficult task as life risk was always there. This struggle took him five years until the laws were strictly imparted and Chinnappa got his first opportunity to implement ways for improvement. Soon, he successfully filed cases against the poachers and nearly 20,000 cattle were removed from the forest vegetation. The change started to come up!

And as expected his hard work started showing results and achievements were noticeable.

The changes include constant surveillance of suspicious activities, keeping the track of the wildlife population, and many more. After successful implementations and restricted human intervention, the poachers have retreated and the hunters are nearly extinct from the forest area.

In one of his recent interviews, Chinnappa states that the simplest method to achieve all that is-, “All you have to do is to stop human interference. Just leave the forests alone and they will regenerate themselves”.

However, his achievements were never easy. He became an enemy of many people and was always on the threshold of getting killed. In the year 1970, he even escaped somehow from death, when a gang armed with sticks attempted to attack him during his visit to a temple. That is not where it ended the enemies even claimed him to be a criminal which made him surrender his licensed gun. He was even jailed for 12days due to false statements of being involved in a murder. However, he was found guilt-free. In the year 1992, a mob even burned his newly constructed home. But he never gives up, he always fought back. His journey was a long battle with many difficulties and later in some years he unexpectedly resigned from his post in 1993.

Chinnappa’s colleagues describe him as a man of extreme physical and mental courage. He never had a thought of quitting and kept on going till he could go to achieve his target.

However, he dedicated his entire life to the well-being of the sanctuary. Not everybody in today’s world has a soul like him. He was gifted with a strong soul and was dedicated to his duty till the time he was at work. He is really an Unsung Hero! He never got fame but did something that can never be forgotten. Risking his/ her own life for the responsibility given for the job is not a matter of joke. Chinnappa was one of those rare gems.

This story is definitely an example of work dedication and responsibility.

Do let us know your views onto the same. Till then stay tuned for further upcoming updates.

Dreams are meant to be fulfilled!- 23 year old followed her dreams and...

Making The Process Of Filing It Return Hassle Free: How This App Is Changing...