Delhi Capitals will take on Virat led RCB on Monday. 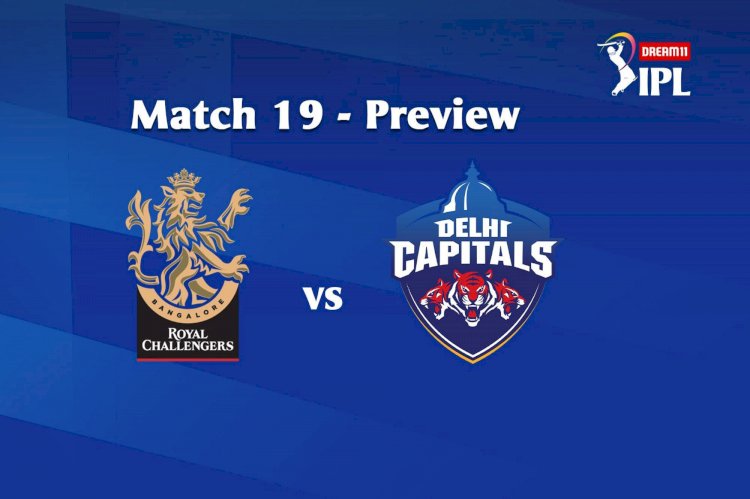 Less than 48 hours after a slug fest in Sharjah, Delhi Capitals will take guard on the other side of the E311 expressway. Royal Challengers Bangalore will meet them at the Dubai Stadium having had three extra hours of rest, just compensation for having played the afternoon fixture in Abu Dhabi on Saturday.

Call it destiny or the quirk of the year, the bookmakers have offered near-equal odds on RCB and the Capitals going on to lift the IPL title. Talks of championship credentials are still premature but Monday's encounter will ensure one of these perpetual underachievers are halfway to the magic number of eight league wins that typically assure a playoffs berth. Both teams have more in common than their past and their one super-over win each: Both balanced through the middle with all-rounders and enough fire to expend at the top. In a significant break from persona, RCB now attack through their spinners, in particular Yuzvendra Chahal, while Delhi, so accustomed to playing on slow turners at the Kotla, now have a double-barrelled Protea pace pairing as their primary weapon of choice.

Although head coach Simon Katich has effectively ruled out changing a winning combination, a strategy tweak may be made for this fixture. Deepak Chahar and Bhuvneshwar Kumar found swing in Dubai and Dale Steyn could provide a match-up advantage against a predominantly Indian top-order for the capitals, who could find Adam Zampa relatively easier to negotiate.

Two injury concerns hover over the Capitals following their win over KKR in the Sharjah cauldron. Prithvi Shaw didn't field in the second innings after being hit by a throw during batting and did limp around at the presentation. Amit Mishra hurt his fingers while trying to take a return catch and didn't bowl out his overs. Ajinkya Rahane could make his Capitals bow and Axar Patel could come back in for the leggie.

Like Steve Jobs 'Think Differently' If You Want To Make Your Mark On The...

Myntra- On A Great Business Expansion With Launch In Middle-East