From Cab Driver to Software Engineer: The Inspiring Story of Bihar's Ashish Raj

Ashish read an article from Masai School on the internet and applied for its full-stack web development program. This program gave a new direction to his career. Today, Ashish is working as an Implementation Engineer in a reputed software company. 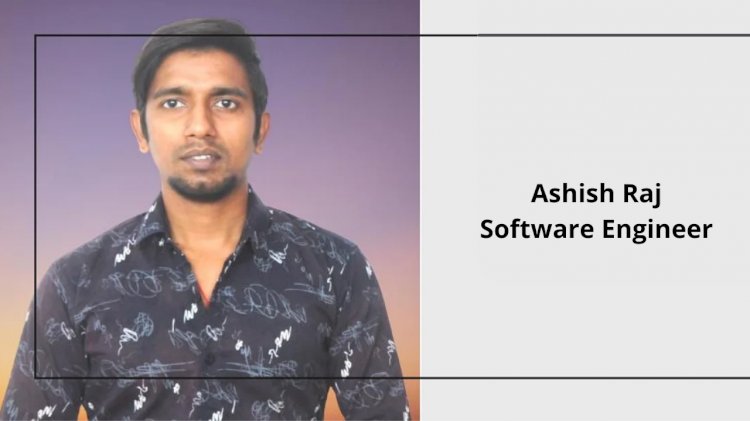 According to various sources, annually in India more than 15 million students receive engineering degrees, but only a few of them have the necessary skills. Most graduates are forced to take jobs that are below their technical qualifications or unrelated to their studies or degree.

This is the story of Ashish Raj, a native of Munger, Bihar, who focused on earning a Masai full-time web development qualification rather than a college degree, and through hard work and struggle set a new record. ...

Ashish's father is a farmer and his mother is a housewife. Ashish has three older brothers. His older brother helps his father with farming, another works as a delivery manager at Amazon, and his sister recently graduated from B.Com. He has had an attachment to computers since childhood when he spent most of his time working at his uncle's internet cafe.

Ashish is currently a Deployment Engineer for WebEngage software company in Bangalore. His story of reaching this moment was very difficult and inspires us to move forward, not giving up, in order to achieve our goals.

After completing the 10th standard, Ashish moved to Bhopal (Madhya Pradesh) to pursue a degree in Electrical Engineering. His family's financial situation deteriorated when he finished his studies, and his father's income was not enough to teach Ashish, he somehow managed to pay for the first semester of the year, but the next semesters became difficult. But his desire to learn has never lost its luster.

He took a job at a call center about six kilometers from where he lived in Bhopal. He says, “I went to the office after college and came back late at night for six months. But then I had to refuse because it affected my health and education because I did not have a lot of time during the day."

He later convinced one of his cousins, who lives in Bhopal and has a travel agency, to take a taxi as a side job.

Ashish says, “He helped me all the time. I took an Uber to college. At the same time, I wanted to learn something new. With the money saved, I bought an EMI laptop. I went to online courses. He started looking for coding, watching YouTube tutorials, learning more and more about coding.

One day, while surfing the Internet, he read an article about the Masai school that changed his life forever.

He found that he did not have to pay in advance, which he thought was right for himself. With more information on this, she began taking full web development courses at the Masai School during the April 2020 entrance exam.

HTML, CSS, Javascript with MERN Stack Ashish learned several Maasai programming languages. He believes that he never expected the kind of mentoring he received from the Masai school. Ashish cloned the professional networking site LinkedIn as part of his project.

The Masai School is a career-oriented school of 21st-century programming that provides professional training for professionals. Masai currently has over 500 students studying programming. Many students, after successfully completing the course, continue their careers today in many respected companies in the country, performing thousands of rupees worth of work and living a happy life.

We inform you that the Masai school was founded by IIT alumni Kanpur Pratik Shukla and Nripul Dev together with Yogesh Bhatt in June 2019. The company was founded with the aim of democratizing access to quality education.