How A Boy From A Small Town Lived His Middle-Class Dream And Built Up A Paint Brand With A Turnover Of 1.6 million Rupees?

Harshal Jarode grew up in a middle-class family in a small town of just two million people and carefully followed the advice of his father, who told his children that they had to attend a good state college to advance in life. 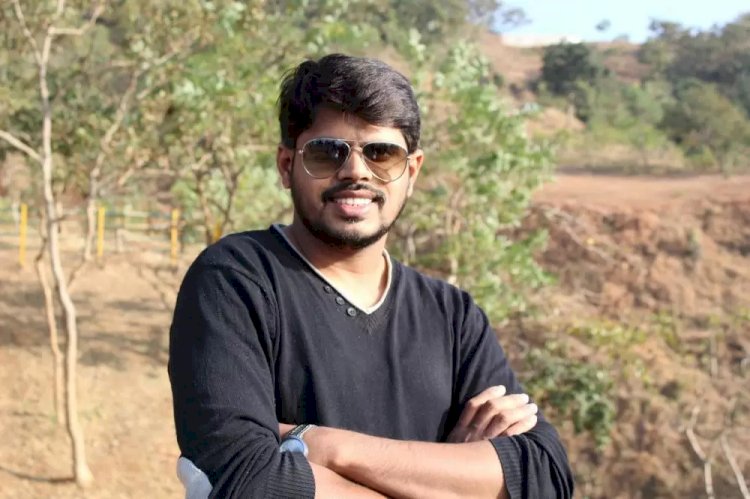 True to his words, Harshal, a native of Wardha, Maharashtra, holds a degree in chemical engineering with a specialization in paint and coating technology from the Institute of Chemical Technology (formerly UDCT), Mumbai, and has traveled several countries during his famous corporate career. which began in 2007 with his first job with the popular paint brand Nerolac.

Two years ago, he and his former colleague founded his own paint company Olinda Paints in Nashik for Rs 15 million. From a one-room lab in 2017, Olinda Paints has grown to today's 1.6 million rupees brand.

Olinda started its journey with seven products and has now added 10 more. "The uniqueness of our products is that they are environmentally friendly, safe and we are a service-oriented actor," says Harshal.

Today, Olinda has made a name for itself in Maharashtra for its safe, affordable, and environmentally friendly quality products.

Olinda has about 150 vendors throughout Maharashtra selling its products, with about 25 vendors in Nashik alone.

Harshal's family barely left Wardha when he was young. "I visited Mumbai for the first time after 12th grade for technical advice. Before leaving for Mumbai, I did not visit any other city, "says Harshal about his humble roots.

His father, a land surveyor from the land records department, was the sole breadwinner of the family. His mother is a housewife and the family lived on his father's modest income.

Harshal has a younger sister who also attended Government Dental College in Mumbai and is now a practicing dentist in Wardha.

"My father's income was always very close to hand. He spent his entire life in our education," Harshal says.

"He thought that when you first come to a good state university to study, you have every opportunity to travel the world. And that happened in my life."

He obtained his first position at Nerolac in Mumbai in June 2007. After three months with the company, he moved to Shalimar Paints in Nashik as head of the R&D department, where he gained hands-on experience with new products and development.
In 2010, he decided to find something of his own and started producing glue for the glass industry.
Harshal invested around 4 lakhs of rupees in his first business and borrowed money from his college friend who lived in the United States.

"I worked on the project for two years, but it didn't work out as expected, so I quit. I think it would have been successful if it had been persistent, " he said.

"But the problem then was that my father retired in 2008 and I was the sole breadwinner in the family. My sister took her dentistry class. The financial pressure was great and I decided to take a job."

Harshal returned to Mumbai in 2012 and got a job at the American company W.R. Grace, which makes silica-based products.

"This time I wanted to have a unique product on hand to add value to the industry," he says.

Harshal's senior colleague at Shalimar Paints, Sanjay Avhad, 46, has always been interested in starting to make paintings and has often encouraged Harshal to think along those lines.

"Since I came from the world of colors when my friends wanted to paint their bungalows, they always sought my help to choose the right color and the best brand," says Harshal, mentioning another reason that finally led him to dare to take the step to find a brand of paint.

As Harshal became convinced of the opportunity in the market, he also realized that most dyes contain toxic or hazardous substances.

"Therefore, we have decided to create eco-friendly paints and provide guidelines to the end consumers to choose the right paint," he explained.

Meanwhile, Harshal joined SI Group in Mumbai, another multinational chemical company, where he conducts his business in India. He decided to stay on the job until the business stabilized.

In 2015, Harshal and Sanjay raised Rs 2.5 lakh from their savings and rented a two-bedroom flat in Nasik to set up their laboratory. The two had their own jobs and were seen working on a product line over the weekend.

They have spent more than two years creating environmentally friendly paint products and marketing some of their products to get customer feedback.

In mid-2018, they joined commercial production. Initially, he rented a 1,000-square-foot shed for Rs 15,000 in an industrial area in Villaholi, Nashik, which has now expanded to a 4,000-square-foot facility. Olinda Paints Pvt. Ltd. was incorporated in March 2019.

"Olinda in Latin means perfume. It also stands for 'Defender of the Land' in German. Since we work with eco-friendly products, we feel the name is appropriate for our brand," Harshal said.

"We are looking at rupee estimates. 4 crores for 2021-22 and around 300 to 400 dealers focusing on Vidarbha region, including Nagpur division and Amravati division, ”said Harshal.

Apart from Maharashtra, they have entered some areas of Madhya Pradesh, Karnataka, and Gujarat.

Harsal's childhood friend Swapnil Barai joined Olinda a year ago as a co-founder and is currently working on team building and network development to expand Olinda Paints.

Nationwide Farmers’ Strike Today - All About Bharat Bandh That You Need...