Naagin 5: Saharad Malhotra On Board? – The Buzz Is Becoming Stronger

Ekta Kapoor's Naagin 5 has been in the news ever since she announced about it. Fans are super excited to know who will play the lead in this new season. The buzz is humming stronger that Sharad Malhotra takes off to join fifth season of Ekta Kapoor’s celebrated supernatural franchise Naagin. The reports say that he is going to play initially the negative lead and eventually will turn into a positive one, as the show progresses. 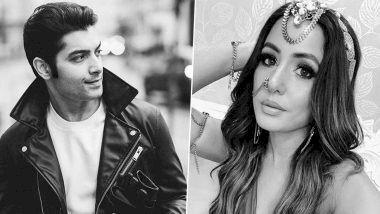 Ekta Kapoor took to surprise everyone by announcing 'Naagin 5' before the end of the show in such a situation at the last stop of the popular TV show 'Naagin 4' that fans remained baffled.

The followers of the show were lingering over the names, who would be the part of the cast of the upcoming 'Naagin 5'. While it is recently confirmed that Hina Khan, Mohit Malhotra and Dheeraj Dhoopar will be the part of the show, according to reports, Kasam Tere Pyaar Ki actor Sharad Malhotra will be making a grand entry in the TV show. It was recently confirmed that Hina Khan will be the 'sarvashresth naagin' (the mighty serpent) in the episodes. Mohit Malhotra will be paired opposite Hina Khan and they will appear in the initial episodes and it will be a cameo. Mohit had confirmed the news with Mumbai Mirror. When asked whether he would be paired opposite Hina, he said, "Yes, that's true. She and I are good friends, so it feels great to get back with Hina." Even Dheeraj Dhoopar has confirmed that he will be a part of the show. Now, as per reports, Sharad Malhotra will be the lead in the show. The report in the Times Of India says that he will play the negative lead in the show and it will be a role, he had never played before. But his character will go under drastic transformation eventually, as the show progresses, bringing the positive tune to the character. The reports say that producer Ekta Kapoor considers Sharad extremely lucky who was a part of her successful show Kasam Tere Pyaar Ki. The source tells TOI, "The Banoo Main Teri Dulhann actor is extremely fit and his bearded look seems perfect for the part." The production house thought of many other big names for the role before Sharad Malhotra. While there is no confirmation on the same, Sharad is said to be seen in a never-seen-before avatar and viewers honestly cannot wait for entire cast to be revealed. Naagin 4's cast has wrapped up shooting for the show with their emotional farewell speeches which is all over the internet. Fans loved Nia Sharma and Vijayendra Kumeria together, however, the story failed to strike a chord with the audience and got disrupted by the lockdown and was wrapped up sooner than expected, but anticipation for the fifth season is already high. Recently, a new promo was released, revealing Hina's look from the upcoming season. Hina was revealed to be the most powerful Naagin of the franchise. "Khulenge barso puraane Raaz aur saamne aayega sabse balshaali Naagin ka chehera!," (the biggest secret will be disclosed revealing the identity of the most strongest serpent) Colors wrote while sharing the promo.

Priyanka Chopra Create A Buzz On the internet As she flaunts ‘new hair’...