Neeraj Chopra, Who Created History, Stayed Away From Mobile And Social Media For Two Years To Bring Gold Medal In Olympics

Neeraj Chopra, who won India's first medal in athletics in 125 years at the Tokyo Olympics 2020, worked hard for this. He stayed away from mobile for two years to win gold medal. 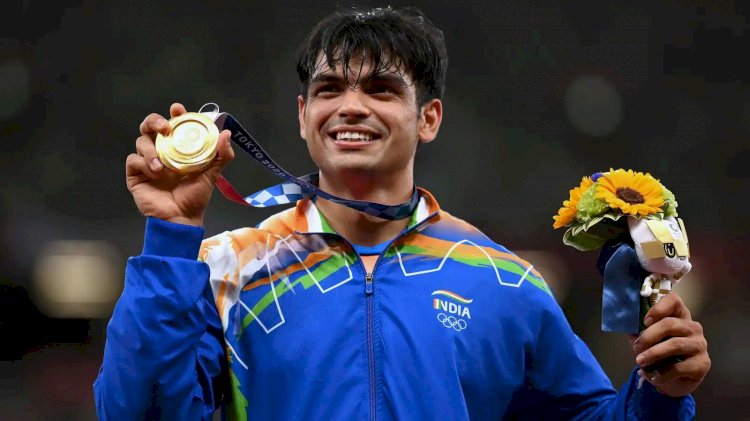 Today every citizen of the country is proud of Neeraj Chopra. Neeraj Chopra has created history by winning the gold medal for India in the javelin throw at the Tokyo Olympics. For the very first time on the Olympic grounds, Neeraj threw 86.65m javelin to win the qualification round on the very first tries. In this way, he qualified for the final with the first position, and in the final, he lived up to the expectations of crores of Indian hearts. While this son of India has opened the doors of his luck, on the other hand, he has raised his honor by living up to the expectations of his poor parents.

Practiced with this simple spear

Neeraj belongs to a poor family, his parents are very poor. The son of this joint family of 17 members has increased the value of his entire family and has opened many avenues for the future in his career. Despite the financial condition of the house not being good, Neeraj had bought a javelin for javelin throw with great difficulty and he started practicing with a spear of only 7 thousand rupees because the javelin throw spear comes to 1.5 lakhs.

This is how attention went towards Javelin Throw Since childhood, Neeraj was very healthy and because of this, his father and uncle asked him to lose weight by playing sports. Then Neeraj started reducing his weight by playing a variety of sports at Panipat Shivaji Stadium. In this stadium, Neeraj had seen many players throwing the javelin, so jokingly he also thought of trying it and threw the spear with full force, which surprised all the players there. Neeraj had thrown the javelin for more than 25 meters at the age of just 11, and when he was praised in this sport, he became interested in the javelin throw.

Neeraj Chopra may be in the hearts of the citizens of the country today, but the reality is that he has had no coach from the beginning. When his interest increased in this game, he kept practicing it for at least 7-8 hours every day. To understand the correct medium of the throw, he used Youtube as support. Watching videos every day and trying to improve his performance. Moving slowly towards the game, he started training for it in Yamuna Nagar. Since then Neeraj started climbing the pinnacle of success and now he has emerged as a superstar in Tokyo Olympics.

This Fashion Entrepreneur Manali Jagtap Believes That India Is Beautiful...

How To Become a Successful Entrepreneur?

How Much Business Of China Can Affected If India Boycotts Chinese Goods...