Do you like sports? If so, you may at least have felt the need to have a platform that can do everything for the player within you. To bridge this gap in India's sports sector, Shashank founded Mishra SportsApp in 2018. 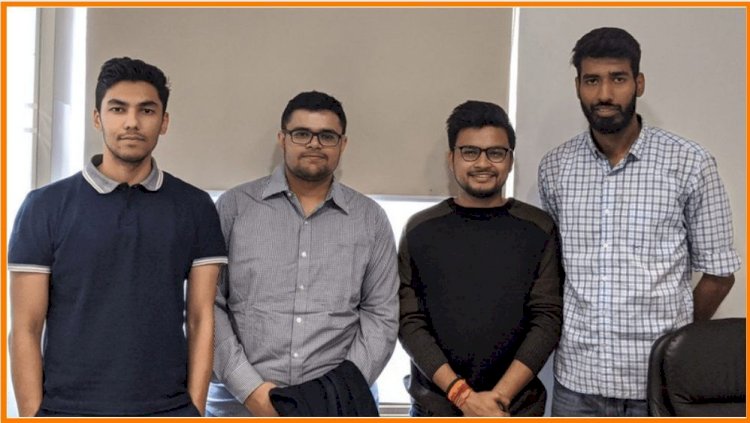 SportsApp is an aggregate platform built with a simple idea that makes it easy to connect one sports fan with another. Everyone on the SportsApp team played sports at different levels and felt the pain most players feel right now. Therefore, the main idea is to connect all people so that they can make this nation a good sports nation by organizing this sector.

Launched on March 18, SportsApp recorded growth of 20X in downloads, 56X in MAUs, and 80X in DAUs. Interestingly, the startup managed to increase its impression 4X revenue rating during the FY 2020 pandemic year. In the next post, find out all about the Startup Story of Sports app!

SportsApp is a network of sports professionals as well as sports academies and sponsors. The vision for this is to help Indian athletes with all the facilities they need to perform well in their country in the future. The mission of this start-up company is to make the nation’s athletes visible so that they do not fade.

The idea of ​​SportsApp is to create a portal where all players in the sports industry can connect. SportsApp reduces the lack of information, the lack of visibility, and the lack of funding for athletes in India.

The SportsApp team believes that there are three things in store to make this nation a better sports nation:

Knowledge gap: not enough information about different events like tests, training camps, not enough information from sports academies in different preferred sports areas, lack of information from voucher coaches near required areas, as well as corporate sponsors that they want to fund athletes.
Visibility: Player visibility is a major issue in India. Even after winning big events, many players are unaware of many. Indian sports academies have no apparent initiatives for players, their parents, coaches, etc.
Finances: financial limitations for players are a major obstacle in a sports career. There is no portal where these actors can contact corporate sponsors to obtain financing.
SportsApp connects all the players in the sports industry in India. Here you can follow each other, share important ideas, receive notifications of upcoming events, sports jobs, request sponsorship, and more.

SportsApp has created a unique financial logic that gives players their market value and compares players to corporate sponsors after verifying them in the app. In this way, companies can also see a player’s profile fully verified and with the necessary analysis.

The idea for SportsApp touched Shashanka when he was pursuing B.Tech. Turns out he was attending a sports academy that reminded him to go to another city to learn about some of the great academies of his time. Until now, there was no portal where you could easily get enough information and register. After BTech, Shashank joined the B-School team, where he attended a startup event run by Google and was a finalist. This allowed him to expand this business, as a sport has always been his passion.

Sumeet Kapur (co-founder and former CFO of Nearbuya) was the first to believe the idea, and Sumeet has been Shashank’s mentor so far. In addition, after this event, Sumeet proved to be the first investor of Shashank startups. With this release, Shashank began market research by attending various sports academies, meeting with various coaches, and going to the University of Delhi to meet national players.

Everyone liked the concept and said they needed a product like this. So he started designing a prototype. He then started looking for a technical co-founder at Delhi Technical University. And there he met Himanshu (co-founder of SportsApp) who helped him develop this product with his effective technical skills. Following the launch of SportsApp, Shashank was selected as an incubator at the Center for Innovation and Incubation (IIF) of the University of Technology in Delhi and was initiated by the Delhi government.

Following the development of the program, Shankank SportsApp launched an event called “Aahvaan”, a sports event at Delhi Technical University. And it is also the largest sports festival in North India. SportsApp had more than 200 registrations on the same launch day.

SportsApp is a networking portal that focuses on providing good service to the first 500 people on the network. The idea behind it was to trigger the contagious effect. You have worked with and integrated with many sports academies and coaches in the Delhi-NCR area. One of the biggest challenges for SportsApp is that this sector is completely chaotic, so it's very difficult to change people's minds and make them realize that this can help them in a better way than in the traditional approach they follow. The biggest problem is that they are very happy with the traditional way of doing things.

Although the sector is still chaotic, there are quite a few players in the market whose roundabout operates in the same target market. There are startups like RunAdam, SportsBrick, to name just a few. They can all have unique sales offers, but target the same audience as SportsApp.

The plan for the near future is to get players at different levels on this platform so that they can connect and help in a better way. By the end of 2020, they plan to increase the user base to inform and generate 65 members.

In the long term, the company wants to provide all types of sports sponsorship, field reservations, and event registration on SportsApp. They are about to break all the traditional ways that have been used so far and are moving towards making India a better sports country.

Vicky-Katrina's Wedding Can Be Seen On OTT Platform, 100 Crores Offer...

Megastar Sonu Sood Gives A Sarcastic Reply To The Guy Who Asked For An...

12th-Pass Student Started The Business With Rs 5 Lakh And Achieved A Turnover...