The company which was very famous in the 90s era and the early 2000s is now losing their charm even after the comeback. Not the new launch whose images are leaked has set some high hopes for the tech geeks and the users who wish to continue with the nostalgia with Nokia. 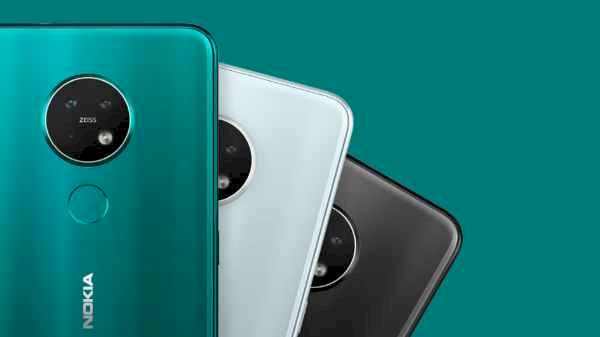 The company Nokia which made its comeback recently has still not proved very promising to the users. The company which was very famous in the 90s era and the early 2000s is now losing its charm even after the comeback. Not the new launch whose images are leaked has set some high hopes for the tech geeks and the users who wish to continue with the nostalgia with Nokia although it is predicted that the upcoming phone will also be a mediocre phone like the others that Nokia has released.

The launch is predicted to be on 22nd September. The most reliable news of the leak we got was from a tweet by Nokia which had an image of a back panel with a circular cut out with a camera module and a flash. It is predicted that the back panel is of Nokia 3.4. The device was also leaked by FCC certification. It is predicted that the device may be of 3GB RAM and 32 GB or 64 GB storage. It is also said that this device of Nokia may come with a 6.52 HD+ display with a 4000 maH battery which is available in almost all mediocre devices. It will also come with Snapdragon 460 processor which is a decent processor. It comes with triple cameras with a combination of 13mp, 5mp, 2mp which is again a kind of decent combination. The front camera hosts 8mp without flash. The features that are predicted in the new device suggest that the price must be under 11000 rupees if any other company released a smartphone with the same features but Nokia is also well known for high pricing for their smartphones. The high pricing and certain other factors have played a major role in the downfall of the company but this smartphone comes with these predicted features and reasonable price then it would surely top the recent company sales. Nokia is trying its level best to cope up with its competitors and thereby has kept the pricing reasonable as well. Hope this move will help Nokia restore its clients again. The year 2020 can be Nokia's year with the new launches the company has planned for.

Siliserh Lake To Bhangarh: THESE are the 8 reasons why you should visit...

IITian Quit Massive Package From MNCs And Choose To Work For Underprivileged...