After Facebook and General Atlantic, Reliance has now signed another big deal. American company KKR is going to invest Rs 11,367 crore in Reliance Jio. In exchange for this investment, kkr will get an equity stake of 2.32 per cent in Jio. This will be KKR's largest investment in Asia so far. 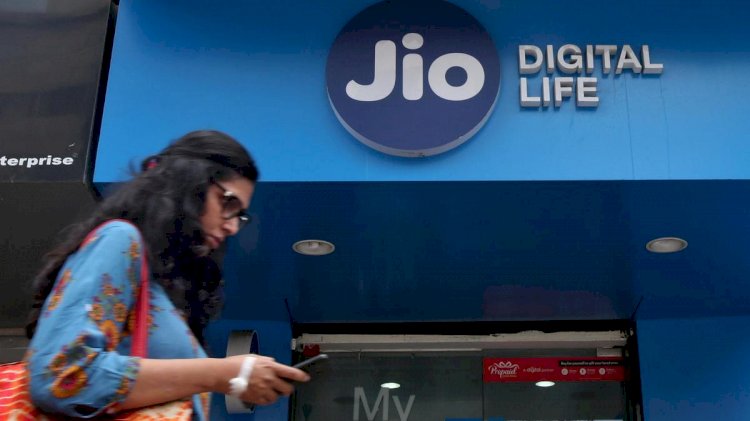 US-based global investment firm KKR became the latest company to invest in Jio Platforms, a wholly-owned subsidiary of Mukesh Ambani’s Reliance Industries Limited (RIL) Reliance Industries is making all efforts to eliminate debt. After Facebook and General Atlantic, Reliance has now signed another big deal. American company KKR is going to invest Rs 11,367 crore in Reliance Jio. In exchange for this investment, kkr will get an equity stake of 2.32 per cent in Jio. This will be KKR's largest investment in Asia so far. This is the fifth big deal of Jio platforms in the last one month. Jio Platform has raised Rs 78,562 crore in a month from these five deals. Prior to KKR, only General Atlantic of America has invested in Jio platforms. Reliance had said in its official statement that General Atlantic has invested Rs 6,598.38 crore in exchange for a 1.34 per cent stake in its digital entity Jio Platforms.

Has sold 17.32% stake in Reliance Jio-Jio platforms so far, investment for 17.12% stake has been announced. In 5 separate deals, Facebook bought 9.99 percent, Silverlake 1.15 percent, Vista Equity Partners 2.32 percent, General Atlantic 1.34 percent and KKR bought 2.32 percent. is. There may be another deal soon - Currently the experts of the case say that very soon Reliance can announce another deal. Actually, there is news that Saudi Arabian government fund PIF also wants to buy stake in Jio Platforms. Henry Kravis, Co-Founder and Co-CEO of KKR, said, “Few companies have the potential to transform a country’s digital ecosystem in the way that Jio Platforms is doing in India, and potentially worldwide. Jio Platforms is a true homegrown next generation technology leader in India that is unmatched in its ability to deliver technology solutions and services to a country that is experiencing a digital revolution. We are investing behind Jio Platforms’ impressive momentum, world-class innovation and strong leadership team, and we view this landmark investment as a strong indicator of KKR’s commitment to supporting leading technology companies in India and Asia Pacific.”

Founded in 1976, KKR has a long history of building leading global enterprises and successfully investing in businesses in the technology sector, including BMC Software, ByteDance and GoJek through its private equity and technology growth funds. Since inception, the firm has invested over $30 billion (total enterprise value) in tech companies, and today the firm’s technology portfolio has more than 20 companies across the Technology, Media and Telecom sectors.

In addition, India has been a key strategic market for KKR with a history of investing in the country since 2006. KKR is making the investment from its Asia private equity and growth technology funds. Ambani is delighted to welcome KKR, one of the world’s most respected financial investors, as their valued partner to growing and transforming the Indian digital ecosystem for the benefit of all Indians. KKR and Reliance shares ambitious goal of building a premier Digital Society in India. KKR has a proven track record of being a valuable partner to industry-leading franchises and has been committed to India for many years.

A Comfortable Journey With appetizing Food on Rails- This Bihar-based...