Bobby Deol stated his father can’t wait to face camera again. They are all set to reunite for Apne 2. 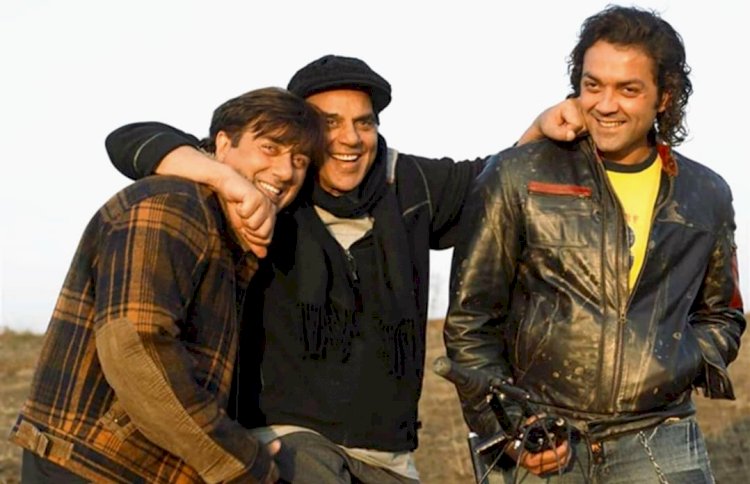 Bobby Deol, Sunny Deol, and Dharmendra are all set to reunite again! The trio will again come together for the sequel for their 2007 film, 'Apne'.

This iconic Jodi will is again all set to entertain us!

In one of the recent interviews, Bobby Deol stated the same. Let’s read to find out!

Bobby Deol stated in one of his interviews that his father can’t wait to face the camera again. He confirmed that he is all set to reunite with his father, Dharmendra, and brother- Sunny for Apne 2. Yes, the trio will be back again on-screen!

We all know about the super-powerful chemistry that clicks with the audience every time they come together. We can clearly see how excited these celebs are to come back again. Bobby Deol even said that his father is super excited. He adds his father is a complete workaholic! However, upon further questioning, he clarified how they will shoot in this pandemic situation and what are their plans. They are all set to take all the necessary precautions and start with the shoots soon.

Bobby Deol even mentioned that the trio is best known for its family values and unity and this is what made “Apne” so relatable to the audience. They will again bring the same to their audience as this is what makes them stand out.

Sources say that “Apne 2” will be helmed by Anil Sharma, who also directed the previous movie. It is expected that the movie is slated to roll by mid-2021. After their last flick Yamla Pagla Deewana: Phir Se which was released in the year 2018, “Apne 2” is in this way.

This news has definitely made the audience excited as the trio is coming back to entertain us.

Recently Bobby Deol celebrated his 25 years in the world of cinema. He even shared a note on social media stating that- "It's been 25 years at the movies for me. A journey that started in October of 1995.. an overwhelming and emotional one. I proudly say I’ve seen the highs and the lows”.

This post definitely shows their love and dedication towards the cinema industry.

So, my dear folks do let me know how is your excitement for this upcoming sequel. Do let us know in the comments section below.

Till then stay tuned for further upcoming updates and the latest news.

To Stay Fit And Healthy Take Benefit Of Yoga Teacher Training In Yogi...

Youtube Makes Major Changes To Dislike The Video - Here Is Why