Fuzia: A 11-Year-Old's Brainchild Has Become Light-Bearer For Women

At the age of 11, when most of the girls remain busy to fantasize their Barbie, this girl, Riya Shinha wrote a book and dreamt about empowering women, even at such a tender age! Moreover, she fulfilled her dream, through her brainchild Fuzia – a dynamic digital platform that has attracted millions of women and 100,000 active global users showcasing women’s talent and providing them a support network. 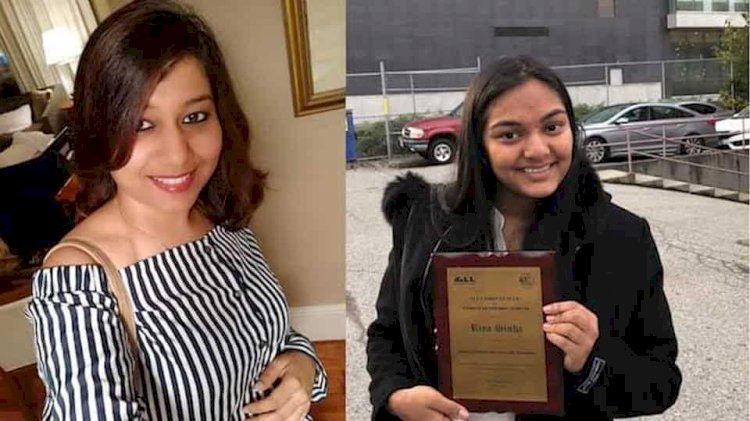 Fuzia is a global community that nurtures and empowers the creativity of the young women leaders of tomorrow through the creative fusion of culture and ideas, expressions (photography, writing, art, craft, etc) along with constant support, guidance, and help from the experts. In 2018, Fuzia bagged the Young Leaders Creating a Better World award by Women Economic Forum. FROM GRIT TO GLORY: With a determined aim to create a ruffle in the lives of women, and with a resolution to empower women all around the globe, the two young women founded Fuzia, to bring a real change in the world full of gender disparity.

In 2012, Riya Sinha the founder who hadn't even hit her teen years yet grappled to make her mark and make ways for millions of other women to make their own identities. With her partner, Shraddha Varma who joined later in 2015, the two shaped their idea and vision through Fuzia, creating a unique concept of merging social media and self-development keeping the core values the same - educate, learn and empower. THE EPIPHANIC MOMENT: While Riya Sinha, the 11-year-old girl, studying at Palo Alto High School, California penned down a short book, "Runaway Twins" and was presenting it in a local bookstore into a small group of children, a 6-year-old girl came up to her with utmost excitement to tell the teenage-author how she was inspired to write a book following her footsteps.

That was the thunder of inspiration that pounded her making her comprehend the sovereignty of inspiration and emboldening inculcating their passions and creative instincts through mutual support, sisterhood, and fortification, and thus Fuzia was incubated. "HAPPINESS IS FUZIA": The sisterhood is rooted in the fifth Sustainable Development Goal (SDG), which aims to end all forms of discrimination, violence, harmful practices for women. Fuzia seeks to achieve the goal through enabling technology, especially information and communication, to promote women empowerment, where free educational blogs and expert live sessions are offered to women who lack good infrastructure and a positive social construct. Many amateur writers have got paid projects via Fuzia and have become established authors today. Their user testimonials second it. Fuzia has become a space for learning and earning both. Fuzia quotes, "No matter what you choose, you have nothing to lose." From students to housewives to working professionals and artists, everyone has found a place to unwind and learn from their own Fuzia Lounge, as they call it. REDEFINING SISTERHOOD: The authentic and remarkable way Fuzia stands in solidarity with women is key to its success. It provides work-life balance write-ups, has workshops for job readiness in which the values of mutual respect, work ethic, and environmental consciousness are emphasized.

Fuzia's X-factor is remote working which has enabled them to reach out to women from various underdeveloped and distant lands bridging the gap between rural and urban. Their online community has grown to 4.5 million and more than 50,000 active contributors on their website from more than 35 countries around the world. To quote Riya, "We all truly believe that empowered people empower people and we live by this and all our initiatives are in this direction, which is why we created separate entities like Fuzia Fests and Fuzia Talent to further strengthen our objectives of community building and facilitating the growth of individuals."